The two exams are similar but do have key differences so it is important to choose the right one to study.

Here’s a look at the key differences between IELTS and TOEFL, to help you choose the exam that’s right for you. 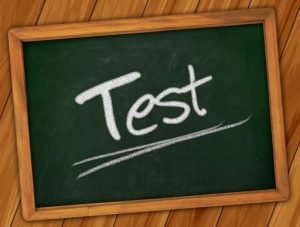 Both exams test your English proficiency and ability to communicate in a classroom and to fit into an English-speaking culture.

Both IELTS and TOEFL have four sections:

This section tests your ability to speak logically about a given subject and to have a conversation in English.

In IELTS the test includes a formal interview.

This section tests your basic reading skill. You will be shown 3-4 passages and then asked questions about them. The passages cover a wide range of topics, varying from journalistic articles to first person accounts.

This section tests your understanding of lectures and conversations, which is important for academic and social success.

This section tests your writing skills, especially how you organise your thoughts, and whether you can write fluent English which would be acceptable in a business or academic environment.

Key Differences between IELTS and TOEFL

Here are the key differences between the IELTS and TOEFL exams.

IELTS is a British test, so is a requirement for studying at universities in the UK and commonwealth countries like Australia, New Zealand and Canada. Some American universities also accept IELTS.

TOEFL is develop at Stanford University Center in USA. Consequently, it is widely accepted at universities in USA.

If you are a prospective student then you should consult the requirements of your target university. Broadly speaking, choose IELTS for UK and the British Commonwealth; otherwise choose TOEFL.

TOEFL has 4,500 centres in 165 countries, whilst IELTS has only 900 centres globally. This should not be a problem though as IELTS has a centre in most major international cities.

Both IELTS and TOEFL are held 48 times per year.

IELTS has two types of tests:

This test is a requirement for studying at university so the questions test performance in an academic setting.

This is a general purpose test to meet the visa requirements for immigrating into a country. It is easier than the Academic exam as most questions are concerned with performance in a real world, social setting.

The number of takers for each exam is split almost equally at 50% academic and 50% general.

The fees for IELTS and TOEFL are broadly similar, varying between $150-$250 depending on the location and type of test.

TOEFL is scored out of 120 points whilst IELTS scores are based on a 9 point scale with half-point increments. Since TOEFL is scored on a wider point range, some students think that TOEFL is fairer than IELTS because a few mistakes could mean a lower band score for IELTS.

There are a few differences between the two exams, the main one being that IELTS is primarily for British and Commonwealth Universities and immigration, whereas TOEFL is for USA.

For more help on preparing for the IELTS and TOEFL exams consider taking a free assessment and free trial lesson.