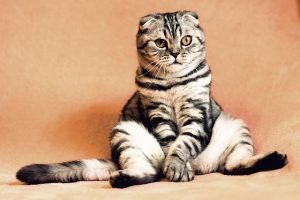 Learn these common English mistakes so that you can avoid making them too!

The misuse of the apostrophe is a common mistake made by English learners.

You should only use the apostrophe in two situations:

Sometimes we use an apostrophe to replace certain letters, for example:

We do this if we are talking fast and want to sound fluid.

To indicate possession we add “’s”.

However, if there is more than one cat then the apostrophe comes after the “s”, like this:

Another occasion when the apostrophe comes after the “s” is if the noun ends in an “s”, eg “Jesus’ cross.”

Do not use the apostrophe for anything besides contraction or to denote possession.

To create a plural, more than one, you merely add an “s” to the end of the noun. For example there is one egg or two eggs.

However, there are exceptions to every rule.

Sometimes we add “es” to the end of a noun to form the plural.  For example, the noun “church” would have the ending “es” added to make it “churches”.

Other examples of when “es” is added to the end of a noun include when the noun ends in “sh” or “x.  For example, “wish” becomes “wishes” and “box” becomes “boxes”.

Remember that if the subject is he, she, or it, then we add an “s” to the end of the verb.

For example, He eats his dinner and they eat their dinner.

This refers to when a describing word (usually an adjective) is separated from the word it describes. It can be confusing and sound awkward. The technical term for this is “Dangling Modifier.”

Make sure your modifier always refers to the noun it describes, for example:

Incorrect: The red cats sat on the mat.

Correct: The cats sat on the red mat.

These three words are often confused because they sound the same. Take the time to learn their meaning and practise them.

Two is a number as in one, two, three…

For example, “she ate two pieces of cake” or “I have two bicycles.”

To has two functions:

A preposition, always precedes a noun, for example:

To indicates an infinitive when it precedes a verb, for example:

Too has two uses:

If the word is a number, use two.

If the word means “also” or “excessively” then use too.

Having online, one-to-one English lessons, with Skype, from a native English speaker will also help you to correct your mistakes in English. One-to-one tutoring will enable you to practise English conversations, receive personalised attention and grow in confidence.

If you would like to learn conversational English, prepare for the IELTS exam or learn Business English To Fluent English offers one-to-one tutoring online with Skype to help you to become fluent in English quickly.

If you can avoid making the above five common English mistakes then it will help you to become fluent in English.

How to Use Idioms to Sound More Natural

How to Overcome The Biggest challenges of Learning English

How to Learn English Fast